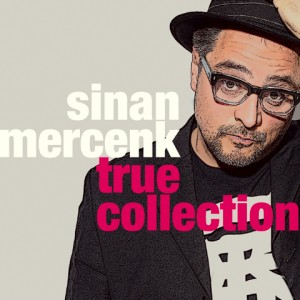 Sinan Mercenk started to make a name for himself in early 1997 with legendary projects such as Sinan E.P.´s (Freudenhaus/U.S.S) and several releases with Critical Rhythm Project aka CR Project. Due to his incredible success a great number of releases followed involving artists like Tarkan, Mustafa, Sandal and Faray who managed to take over the international chart lists in an instant. Especially Faray beneﬁtted from this collaboration as she established almost effortless as a major chartbreaker all over the world. Sinan Mercenk always ensures to get his message and vibe across. That is why he manages to blend in his special and well known ﬂavour while remixing songs from Minimal Funk, No Underground, Big Owl and G Park. Recently, even Blank & Jones fell in love with Sinan´s magic-music-spell which is the clear reason he ended up producing extraordinary remixes for Miracle Cure, sung by Bernard Summer (New Order) and Relax (Your Mind) also remixed by Ian Pooley. In 2006 Sinan influenced the music scene again with his debut album Moments on Earth. This superb ear candy features a diversity of Electronica- and Downbeat-Tracks which have been spiced up to the max. Airlight flowing pads and sensual verbal supports make it a journey around the planet, perfectly blending Orient and Occident. Naturally this fantastic work had to enter the world of the famous German ELLE Magazine – as the must-have-album of the season! Finally Sinan´s second album True Collection just arrived. This is, in fact, the second release on idee deluxe records and reason enough to invite you to an inspiring and relaxing pre-listening-session. Buckle up and join us for travelling idee deluxe´s world-of-sounds. A very special trip to a new generation of music! True Collection – like fashion and architecture – simply represents deep passion and excellent taste. Sound design that has been carefully crafted for the most important pleasure: To enchant and fuel your mind! Powerful voices by Oezlem Cetin, Yasmin K., Patricia Solis, The Voice Of Rita and Selda – are adding defined depth. Luxurious engineered arrangements, suiting the most beautiful sunsets, are blended with sensual lyrics – elegantly turning this album into an outstanding piece of art.

It is easy to spot Sinan´s origin – the Bospurus. Yet it is obvious to see him embracing the world as a true cosmopolitan. His music proves it all! This long awaited album will be officially released on November 27th – the featured single Travel The World is already available.