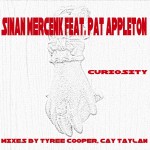 Sinan Mercenk’s productions have represented a timeless sound which has been embraced equally by the House- and Deep-House lovers from all around the world. After his last E.P. releases such as Electronique E.P., From A To B E.P. or the Summer Madness E.P. Feat. Karl Frierson, Sinan Mercenk is introducing another Vocal-House production with Curiosity – Pandora’s Box. A custom-made release start for the legendary 2012! This is because Sinan Mercenk has gotten no one less than the singer Pat Appleton (De-Phazz) to the microphone for Curiosity – Pandora’s Box. Through her imploring voice, he has thus – apparently effortlessly – kindled the magnificence of a new sparkling house diamond. This release is complemented by two remixes from the U.S. House legend Tyree Cooper and a mix from Vienna’s DJ and producer Cay Taylan.