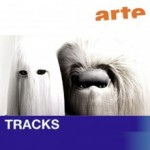 2010 is most definitely the year for German duo MY FELLOW CITIZENS. Their highly acclaimed debut album was released in May. TO NEW WORLD CITY comes around quite stringent and with a fine playfulness at the same time. And now: the two jaunty citizens were just featured by super Franco-German television music magazine ARTE TRACKS. Nothing astonishing when you look at their witty outfit besides their brilliantly trimmed soundscapes.