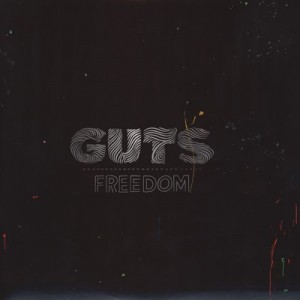 Since 20 years Guts travels around as musician. Some of you will remember him from the hip hop combo Alliance Ethnik or his debut album on Wax On Records Le Bienheureux in Summer 2007. While spending the most of his time on music it is not inevitable that he has created his very own style and philosophy of music. While the tunes of his last album slowly fade out, he is coming back with a new album and label, signed by influences and impressions of the past time. Guts is a genius in beatmaking and has an excellent sense for using samples at the right time and place. Against all standards Guts has no need for a MC or singer. Only with the straight use of samples (always taken from Vinyl) he knows to tell us his stories and thoughts. This way he tries to enrich the today’s poor Hip Hop. Guts adores the pure sound of vinyl and declares his love to it in different ways. As he was looking for an analogue mastering no one else than legend John Dent come into question. Freedom also is an example against the impoverish sound of the dematerialized music in our time. It will be available as CD, but not via clicking the button download mp3! Analogue music is the keyword. Mambo, as the other part of Pura Vida, is indefinable: Graffiti artist at the beginning, street artist at the Centre Pompidou, painter at the Galerie Agnès B, designer for different brands, illustrator for Canal + Grosland and graphic designer. Right before leaving for an exhibition in Rio, Mambo designed the whole graphic universe of Freedom, which reveals its totally beauty at the inside of the sleeves! Freedom itself is an album of bipolar music, dark, yet coloured, oscillating between joy of living and melancholy. The result, as in my life, is a musical and emotional voyage. Pura Vida – that is what artist Mambo and Guts have created: Their own label, which is open minded and always remains true to itself. They love what they do and from the beginning their mission has been to offer the best quality in every step of the creative process. You will understand while listening to and looking at the album. Freedom is also the possibility of choice.
Pura vida!