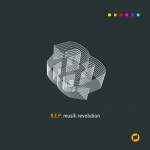 B.E.P. = BewusstseinsErweiterungsProgramm
B.E.P. is a project of two musicians, respectively producers, who don’t want to entertain solely, but to make people think and feed the listeners’ thoughts. They want to use the incredible power, which music evidently has, to communicate ideas and opinions important to them. This already works for their debut song Musik Revolution in which existing systems are challenged and new ways are promoted. The new for B.E.P. is to wave old ways of thinking goodbye, such as the ones imposed by the music industry on artists and music lovers. Therefore, they don’t believe in the classical album-philosophy, still sermonized by many involved. They rather favour the idea that artists should be measured up to their songs. Why bother about the limitations of the music industry–structures, when the music can speak for itself? That’s why B.E.P. has decided on releasing every single track as download only, while they focus at the same time on informations which they want to get across. Musically, B.E.P. likes to get carried away by the analogue sound of 80’s new wave, but as the two behave free from constraint, they also feel free to choose whatever sound they may like. The musicians don’t want to get pigeonholed and pinpointed to one particular style. They rather consider themselves as rebels… and the declaration of revolution generally lies in the new and innovative.

One more point to make: Musik Revolution does not aim at the record industry alone, but is a critical account on today’s society.